2. 09. 2008 13:50:32
I was excited by iDnes.cz offer to share with you in an occasional blog my perspective on issues that are of mutual interest to our countries. There is certainly plenty to talk about, as the Czech Republic and the United States are cooperating more closely every day in NATO and other multinational organizations on important global issues.

The United States holds strategic dialogues—which offer the chance to discuss bilateral issues in a forum above and beyond the daily working level—with only six countries. Among other things, we hope to address future defense, security and economic cooperation with multinational organizations; U.S. engagement with the EU during the Czech Republic’s presidency; regional issues of mutual interest; the development of effective conservation, renewable and alternative energy strategies; and the promotion of democracy and human rights.

As November approaches, another topic that will undoubtedly find its way into my future blogs is the U.S. presidential election. It’s already been an exciting election season for Americans and it’s only going to get better. The Democratic Party just concluded its convention in Denver, Colorado, nominating Senators Barack Obama and Joe Biden as its candidates for the presidency and vice presidency. Now it’s the Republicans’ turn. We await John McCain to name his vice presidential running mate as the Republicans prepare to gather in St. Paul, Minnesota.

Then it will be a sprint to the finish line: the elections of November 4th. I, as all Americans, look forward to hearing the candidates articulate their visions for America’s future as that date approaches. And, of course, I look forward to sharing my thoughts about all those matters with you in this forum. Enjoy your weekends! 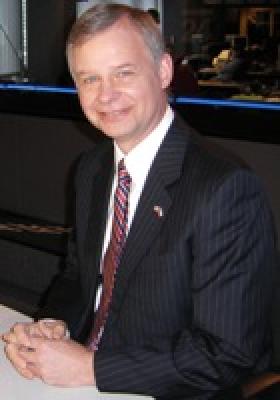